Version -1 | Where Love Lies     I decided this needed its own post because the original thread is already filled with main game posts, and mixing the two would make it SUPER hectic. 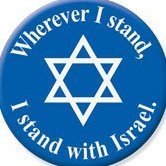 I guess I'll be the first to just plain post it here since everybody else seems to be avoiding it for some reason. I don't even get why since it's not even a spoiler as it's just telling people where

The fact that a true ending exists isn't a spoiler because Jan says it exists in his OP post. The CONTENTS of the true ending would be a spoiler which is why I didn't say anything about them. How to G