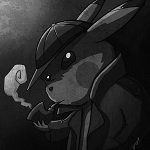 By Dylanrockin
October 31, 2015 in Fan-game Exposé

Q&A about a potential Beta for my game: There is no beta and there won't be a beta. If I'm going to release a game, I want it to be fully playable. So, the only time anyone will be able to pl

I wanted to make a formal announcement. Due to my recent interests in revisting old, Japanese, Pokemon episodes I recently got a spark of motivation to work on my project again. Not until later this y

IMPORTANT UPDATE!!   So, for the first, actual, update since 201-something(?), I have for you all, a new character. Her name is Colette Bernatitus. She plays a strong role, in the new, revis