Question about speed on a rift fight (spoilers) 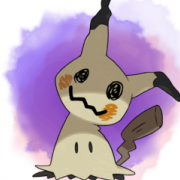 By Hannelore,
January 1 in Discussions