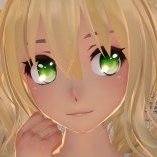 Hello! I am new here

By nanonami, February 7 in Grand Hall