Submit your Pokemon OC's for my fangame! 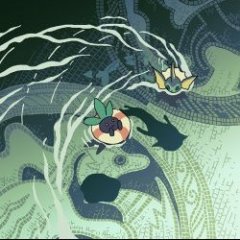 By Chromein
March 14, 2018 in Resources and Tutorials