Jump to content
Please note that this is NOT the place to ask for online trades. For that, please use the Online Play forum. 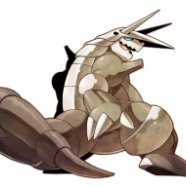 So I have beaten Luna in my poison mono run, so I am currently planning my strats for the next 4 gyms due to the gauntlet of not being able to return. My best idea for Charlotte would be to use wide guard, but the only available mon who can learn the move is the mareanie line, but my mystery egg was a gastly. I'm just wandering if it would be considered cheating to trade one over from my other save file, because otherwise I don't think I could beat her due to the sheer amount of damage her spread moves do.

3 answers to this question