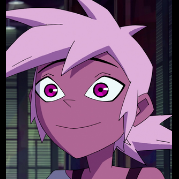 By CryosBlaze,
January 31 in Discussions

Oh, hey, I've a tip for you guys, If you are having trouble with anyone except Florin, Do the surf glitch. It makes it so you are always surfing, Thus every battle you do will be on the Water surface

Thanks to everyone's help i beat him. Thank you everyone, and I'm sure this thread will be good for anyone trying to beat him. Once more, thank you all so much.