Hello! I seem to be having trouble at the start of chapter 13. Erin doesn't show up at the entrance to the scholar district on route 9, so I can't progress the plot. I've been following guides and try

So I've found a solution to the route 9 problem with Erin.  So this will be step by step. First you need to get this:  This essentially allows you to access the debug mode which in 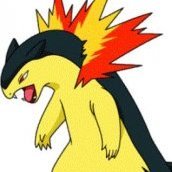 Thank you so much for helping so quickly. I now saw the cutscene where Melia flies away on her Togekiss. However, there is nobody inside Valor mountain now. What should I do?