Hello all! Are you having a tough time with a Gym Leader? In this thread you can ask for help from your fellow Reborn players as to how to best go about getting over that hump. Please fill out the bel

Fighting types, like Mankey and Makuhita, can take on Florina's Cradily for ya (You can find them in the Obsidia Slums) . Quilava and Noibat should be able to take on the other grass types, and you ca 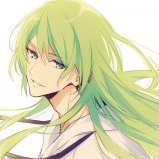 Using Flame Burst is the best way to defeat Shelly, train a little more your numel since it has it, if you need another pokemon with Flame Burst I would heavily suggest a Growlithe or a Vulpix (especi